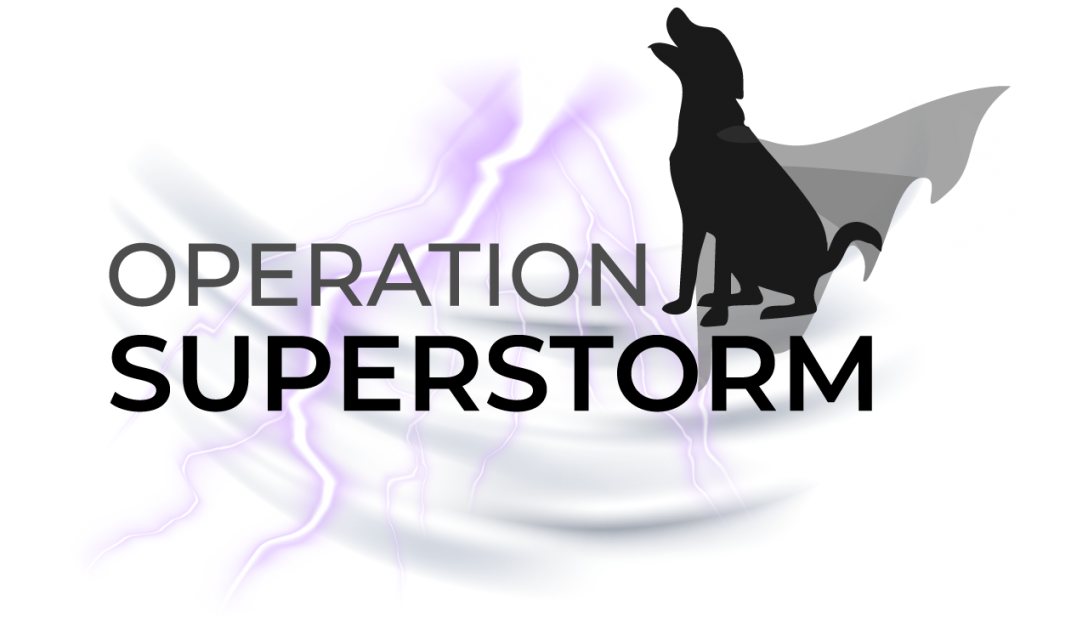 All I can say is that this hurts. It all hurts, it aches, it squeezes my heart and I feel like if I look at the reality of the future again it will break me. It’s been just over nine months with Storm, nine months of incredibly hard work, but I’m starting over. I’m not just back to square one, I’m back to square negative-one now. There is so much work to be done before I can even try to find a new candidate dog again. Like I said, square negative-one. One day we’ll get back to square zero, when I start looking for a source for a new SD candidate, and then I’ll get a dog and be at square one. Again.

Why did we wash out of training? A hundred reasons, or maybe two, or maybe one. Storm can’t do this work. She doesn’t like it anymore, she doesn’t want it anymore, she’s not confident in her own skin anymore, and she’s not healthy enough and never was or will be. She has IBD and mild pancreatitis, and we think there may be other things going on as well underneath it all. The poor dog has enough problems that she might qualify for a service dog if she were human; she can’t be one.

Behaviorally, things have changed recently. The calm, confident creature that used to keep me stable and brave is showing her fear now; she’s become reactive to other dogs (not all the time, but too much); she remains scared of skateboards, but now other noises are becoming Bad and Scary too. Everything from a dropped phone to a leafblower seems to rattle her nowadays. I think the worst has been to watch her stop enjoying the new places and experiences that she used to breeze through happily, stopping for naps when I checked out at a new store or café and laying down, unconcerned, while the evening shipment was loaded up at a UPS store around us. Nothing phased her (okay—except skateboards) and she took to new things with a grace and confidence that I could only try to mimic myself. Watching that change recently has broken my heart and my own confidence because if my calm Storm, if my superdog can’t do this….how can I? And I would ask myself each time I saw her look around unhappily in a store or jump at a leafblower: what have I done to break that in her?

Believe me when I say I understand. When you hurt all the time, when you keep getting sick and your world keeps changing without warning and things are loud and scary and unpredictable, it all just makes the rest worse. It makes it harder to function and harder to trust, it makes it harder to go out in the world every time something goes wrong because the world becomes scarier and harder and worse with every day of pain and misery and fear on a feedback loop. It’s what my life is like all the time too. Knowing that she’s living a life so parallel to mine is crushing my heart.

We met a trainer yesterday. She’s excellent, she works with service dog owner-trainers frequently and has had to train her own SDs in the past, so she understands what we’re going through personally as well as having positive reward-based methods rooted in current science (none of the outdated and ridiculous “alpha” crap from her). She’s exactly what I wanted in a trainer. I’m grateful to have found her and plan to work with her to both find a candidate dog and train that dog one day. For now, she’s the one who delivered the news I already knew inside and that I had been saying for some time now, even not wanting to believe it. I let other people tell me their optimistic, uninformed platitudes when I tried to voice the reality I didn’t want to accept. Maybe that isn’t fair, it probably isn’t, I know it isn’t…but I’m angry that people said things they had no right to. My angry self is seething at everyone for their role, when I have the energy to, handily ignoring that they did nothing but try to help. How dare they tell me that she could do it, that we could do it, when I in my ignorance still knew more and better? How dare they comfort me and make me confident in something that wouldn’t work? How dare they support me? Love me? Care enough to keep me from crashing into despair at every setback?

I’m trying to be angry at the world because it hurts less to be angry than to crumble the way I want to. It’s not working. All I know is that I love Stormlight so deeply, that I hurt so entirely, that I despair so thoroughly that I don’t think I have any real feelings left. It all hurts.

I learned a lot from the trainer I spoke to. She’s seen this narrative before of a dog who comes out of their shell after a certain period and instead of being calmer and more confident is more nervous and reactive than they had seemed. As far as I understand it, that’s the real Storm. We had a honeymoon period of sorts while she was so excited to be in a calmer, safer environment – not flooded by all the dogs and noises and changes from before – and bonding with a new person (me, to my eternal gratitude). She was happy and excited and relieved and starting to let her guard down. Then, she settled in fully and felt safe enough to be reactive, to be afraid of the dogs and bark back at them.  Stormlight, in short, came out of her shell. The thing about shells is that they’re the safe, hardened exterior that keeps you protected from the outside world, and for all that we talk about coming out of a shell as a good thing, I don’t always see it that way. The shell how she could interact with the world so fearlessly, and without it she’s vulnerable and uncertain like me.

I saw something incredible for a few months. I think that if Storm’s life had been different, that’s what she could have been like all the time. If she were healthy, maybe she still could be, and if she hadn’t had so much change and uncertainty in her past, maybe that’s the Storm that would be on display all the time. I miss that Storm. I miss her so much. I miss the way she made me feel. I miss how stable I felt around her, and I miss how close we got to getting it right. At our peak, we were starting our first bits of task training and handling everything from convience stores to airport security with ease. She flew on an airplane twice and the flight attendant didn’t even realize she was there until we got up at our destination. She was so good that as we sat in our window seat, the man in the aisle seat didn’t know there was a service dog in training only a few feet away. I didn’t try to hide her; she was just that good. She would lie down calmly if I took a while ordering at the counter of a café; she would stand placidly in the bustle of a parade; she was amazing. It took a lot of work for us to be a functioning team-in-training at the lever that we were but ithat doesn’t take anything away from the accomplishment. We were so freaking close to being good that watching it all fall away has crushed me. The hardest part, though, was the discovery as we spoke to a trainer that taking away SD training wouldn’t bring back the happy, confident dog from before. Finding out that even if she’d never done any SD training she would have had this progression. Finding out, in short, that we were doomed from the start. Maybe the sharper change was a result of a health problem coming to light, and we’re exploring that, seeing if she has even more problems than her already significant one of IBD (with one instance of mild pancreatitis on record and a whole string of UTIs we think were related to her having a recessed vulva). We’re going to find out everything we can and get Stormlight into the best health possible; I’m going to spend all the time it takes to work with her on reactivity and get her to a better place with a better quality of life. When she’s ready, I’ll search for a SD candidate; probably a young adult from a breeder this time. Then, I’ll start again.

But for now, I’m still at square negative-one.

View all posts by operationsuperstorm

I’m Meg, a 20-something in the Boston area. I’m a photographer, though I make more money from pet care / dog walking; I’m queer, though chronically single (I haven’t had a date since before I could vote); I’m struggling, and dealing with a whole lot at once. I’m also lucky enough to have found an incredible partner in all of this. Her name is Stormlight, and she’s a 4-ish -year-old Boxer / German Shepherd / Siberian Husky mix from Alabama via a rescue in Maine. Hopefully, by the time I’m through with this blog, we’ll be a functioning service dog team, but for now we’re partners in crime, life, and pretty much everything as we muddle through the overwhelming process of trying to succeed as a service dog (team) in training.